THE ALLURE TO BE UNIQUE. FROM THE VERY BEGINNING.

Louis-Alexandre Marnier Lapostolle had the audacious idea to create something avant-garde, a blend sophisticated and unique. A liqueur that would captivate the world for over six generations. Discover the Grand Marnier history. 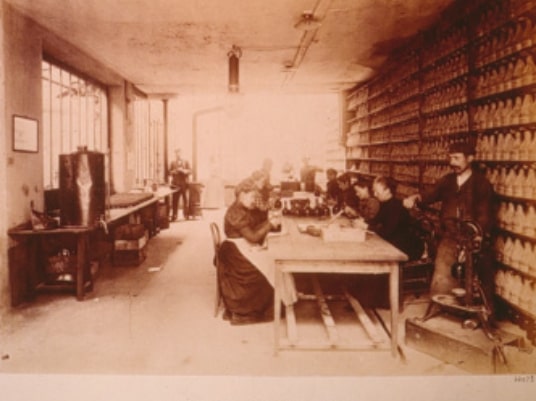 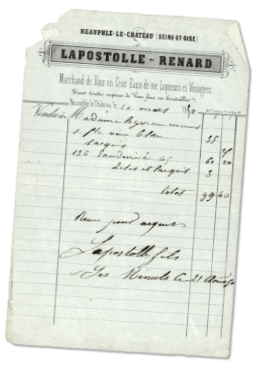 Julia, granddaughter of Jean Baptiste Lapostolle, married Louis-Alexandre Marnier. The Marnier family were wine merchants who distributed Lapostolle’s products. With the union of Julia and Louis-Alexandre, whose love story unfolded only fifteen miles to the east of Paris, La Maison Marnier Lapostolle was born. 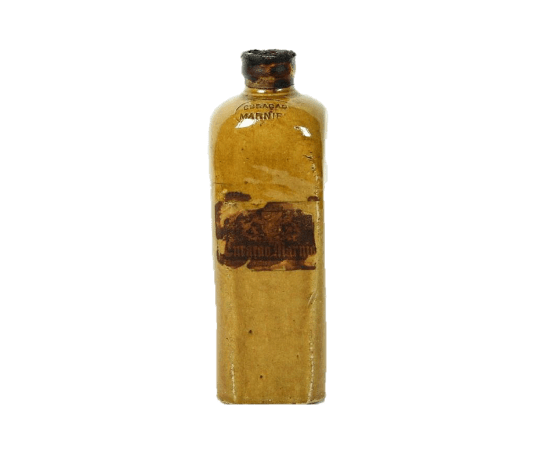 THE CREATION OF A MYTH

Louis-Alexandre Marnier Lapostolle had the audacious idea to combine cognac with a rare variety of oranges from the Caribbean. The idea of blending them was simply avant-garde. This was the beginning of Grand Marnier orange and cognac liqueur, whose recipe has remained unchanged ever since. 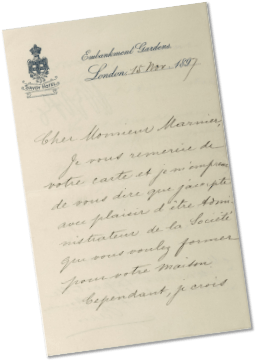 THE NAME SAYS IT ALL

When Louis-Alexandre created his recipe, he named it Curaçao Marnier. César Ritz, his loyal friend and legendary founder of the Ritz Hotel, suggested a new name. At the time, the fashion in Paris was for everything to be “petit”. So he came up with the name “Grand Marnier”: “A grand name for a grand liqueur!” 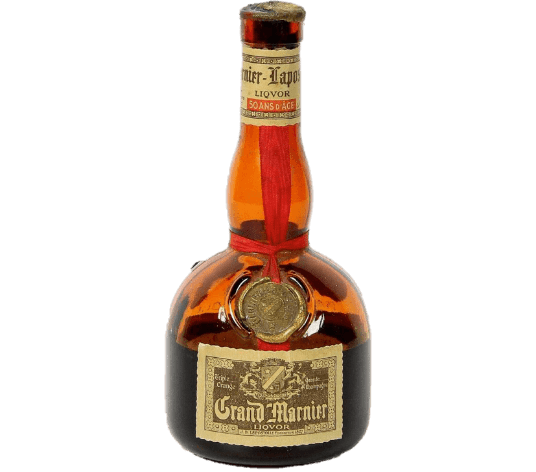 Louis-Alexandre trademarked a new iconic bottle shape, inspired by the silhouette of a traditional cognac still and designed by the crystal specialists at Baccarat, the finest maker of crystal glassware in France. But he also adopted the wax seal and the ribbon, first in yellow and then in the iconic red. These elements became the signature of Cordon Rouge, still used today. The French touch is in the appearance too. 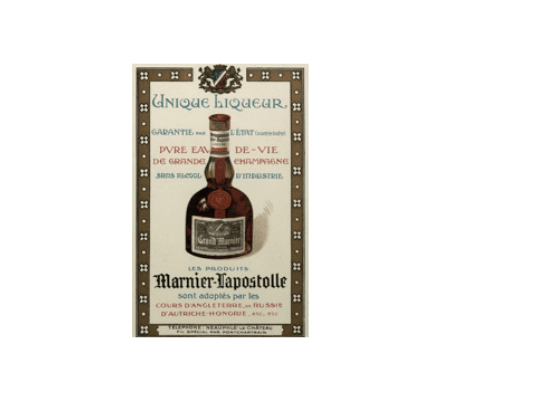 IN THE HEART OF ART NOUVEAU

At the end of the 19th century, Paris was in the heart of what was called “la Belle Epoque”: within three decades the Eiffel Tower, the Métro, and the Opera were built. And the first public projection of a motion picture took place. During these great times, Grand Marnier became with its unique blend an absolute protagonist. 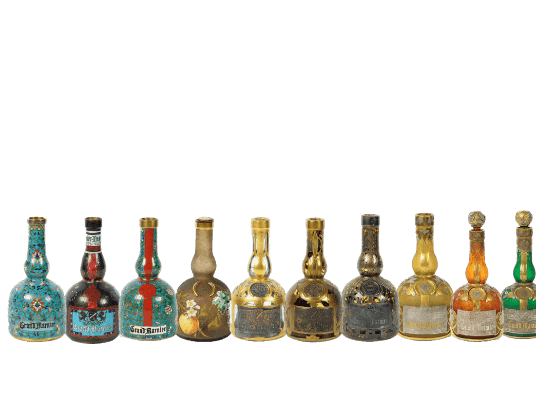 To commemorate the 100th anniversary of the House of Marnier-Lapostolle, in 1927 a special cuvée was created in very limited quantities: Grand Marnier Cuvée du Centenaire, exceptionally composed by extra old Cognacs from the best crus. For the occasion some of the finest artists created original designs for the famous bottle. These were the first Limited Edition Bottles. 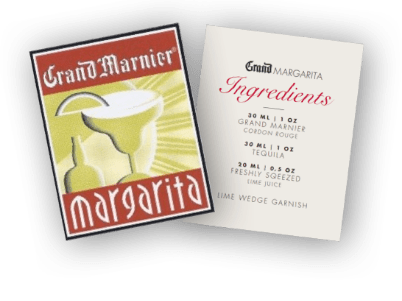 ON BOTH SIDES OF THE ATLANTIC

In 1969, Joe Gilmore, the renowned head of bartenders at the American Bar at The Savoy, London, created the Moonwalk cocktail using Grand Marnier to celebrate the first steps on the moon. That was just the beginning. The company started major exports in 1970, mainly to the U.S. and the Grand Margarita became a big success in the 1980s. A new era for cocktails had definitely begun.